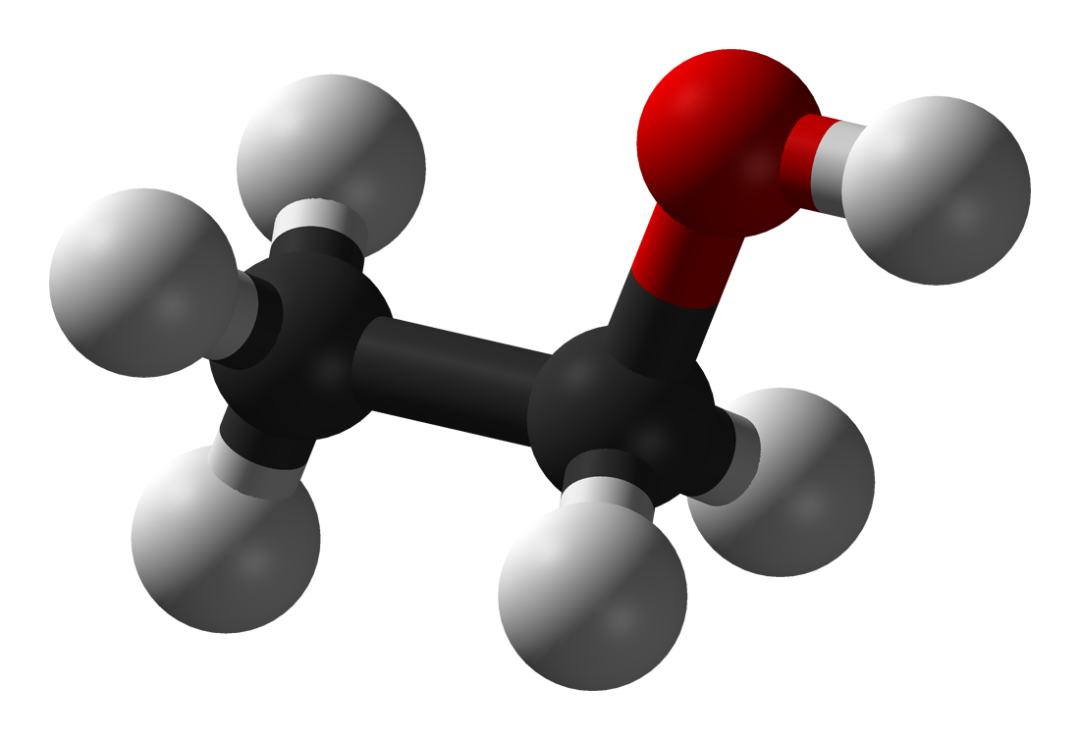 Alcohol production can be traced far back in human history. There is evidence that as long as 8000 years ago, the Sumerians, Assyrians and Babylonians used fermentation to make beer and wine. Alcohol is still enjoyed as an ingredient in a wide range of beverages, but it has also found uses in new industrial processes. Today, one of the most important of these is the fuel market.

Ethanol is a versatile substance, and will have a successful future as a sustainable source of energy. It has already established a large share of the world market among the wide range of energy media. The addition of this alcohol to fuel will probably be one of the most interesting areas of application in the medium term. It is also used as alcohol in the beverage industry.

Alcohol for beverages The production of alcohol for the beverage industry is of equal importance as the production of ethanol for the fuel industry. A key difference between the two is in the choice of raw materials used to make the end-product. Also, potable alcohols require special purity degrees and extract contents.

The starting products for all alcohol fermentation are raw materials which contain sugar and starch, such as corn, milo, wheat, barley, rye, sugar beets, cane sugar, molasses and a variety of fruits such as grapes. While the glucose in plants containing sugar is fermented directly, the starch in grain products must first be converted into sugar using enzyme action. There are three basic processes used, regardless of the end use of the alcohol, which are outlined in detail on the following pages.

In the dry milling process, the whole grain is ground and mixed with water, the pH value is adjusted and enzymes are added which convert the starch to simple sugars. This sugar mixture is fermented with yeast and alcohol is produced. The fermentation broth passes through a distillation column in which raw alcohol is distilled off. This raw alcohol is then used in the process of making ethanol. The non-fermentable solids from this process are also a valuable by-product. The distillation bottoms (stillage) are clarified in a decanter. Thin stillage is the centrate from the decanter and contains protein and microfibers, a portion of which can be returned back (backset) to the fermenter. The solids discharge from the decanter consists of a solids cake which contains the coarse constituents of the grain. The centrate (thin stillage) with proteins, yeast and microfibers, is evaporated to form a syrup. The syrup is then mixed with the decanter solids and dried to form DDGS “dry distiller’s grain with solubles,” which is sold as animal feed. 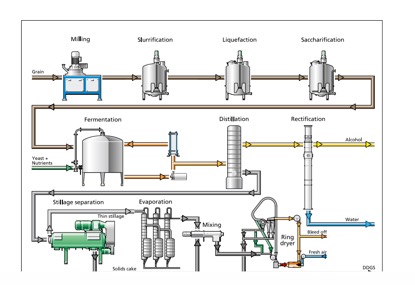 Compared with the dry milling process, the wet milling process enables several products to be obtained. Water is added to freshly ground grain and mixed to form a mash. This mash is conveyed by a positive displacement pump to a homogenizer, where the mechanical forces cause the gluten particles to agglomerate. The shearing forces which occur in the process break down the gluten-starch matrix. This is a critical step to ensure the quantity and quality of the end products.

Then the dough is conveyed via a buffer tank to the decanter, which operates with the patented 3-phase technology, combining three process stages: washing, classifying and concentrating. Enables the product to be separated into starch and other flour constituents directly in the initial process stage. A-starch and gluten are extracted separately and can be processed into other end products, while pentosane and B-starch are used for ethanol production.

There are some plants that convert all the starches into ethanol. The process stages for recovering ethanol that follow are the same as those used in the dry milling process.

Molasses is what remains in the sugar production process after as much sugar as possible has been economically removed. However, molasses still contains up to 50 % fermentable sugar and this is sought after material for the fermentation industry. However, due to the large quantities of impurities in the molasses, treatment with centrifuges prior to fermentation is necessary.

The raw molasses is heated and diluted with water. Acid is then added to reduce the pH value. Those components which do not contain sugar and which would hinder the fermentation process precipitate out in the form of sediment. Separators and decanters can then be used to remove the solids from the molasses. The molasses which are clarified in this way are then sterilized, cooled for storage, and sent to the fermentation process. Micro-organisms convert the fermentable sugar into alcohol.

The overflow of the separator is distilled in order to obtain alcohol. Molecular sieves are used for rectification and concentration of the alcohol. Crystals are separated from the centrate (vinasse) with a decanter, and used as fertilizer. The clarified vinasse in the overflow of the decanter is used as an additive in animal feed. 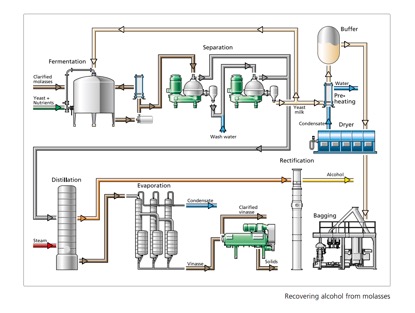 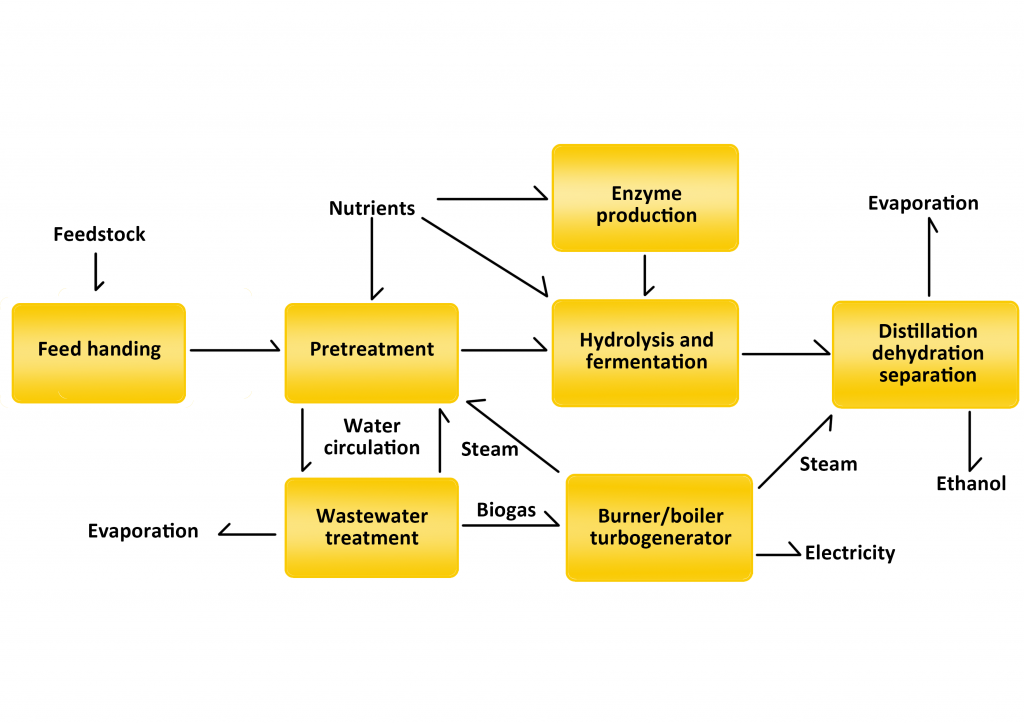